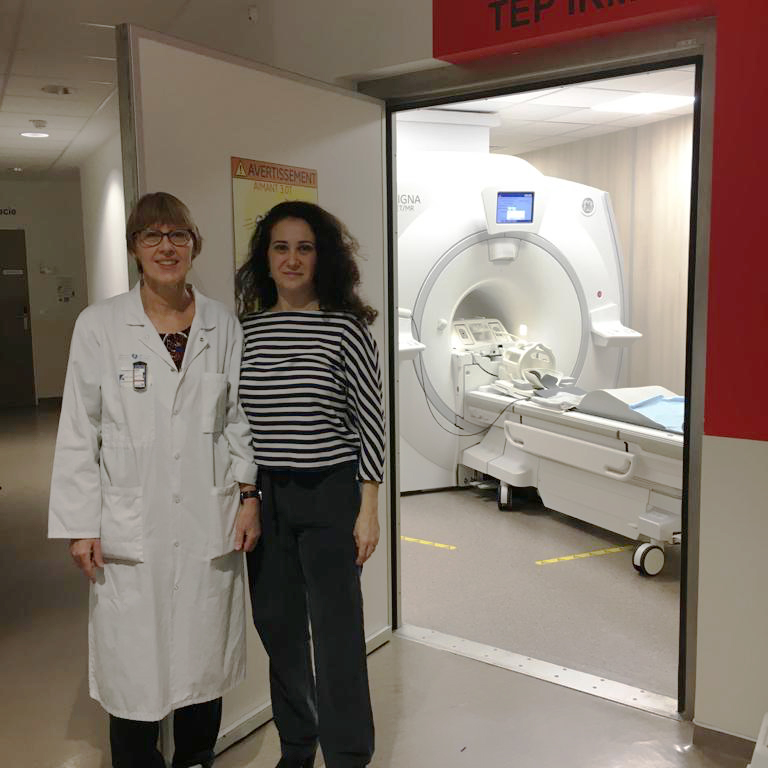 Dr Raffaella Migliaccio is a physician, neurologist, trained in Naples, Italy. She spent part of her doctoral training at the Memory and Aging Center at the University of California, San Francisco (UCSF). After her PhD in science (2009), she moved to Paris and joined INSERM.Since 2015, Dr Migliaccio has been an Inserm Chargée de Recherche (Associate Professor) at the Brain Institute (ICM), and has clinical activity at the Institute for Memory and Alzheimer’s Disease (IM2A) at the Pitié-Salpêtrière hospital, Paris.

Patients suffering from this pathology often have so-called “atypical” forms of AD, which means that the disease begins with a fairly selective impairment of brain functions dealing with vision or language rather than memory, as is the case in the classic form of the disease. In addition to the scientific importance of understanding this particular pathology, it would be crucial to be able to better anticipate the potential for progression of the disease, and the factors that determine them, in these young and active subjects.

Dr Migliaccio has therefore undertaken to follow a series of patients with early-onset AD and proposes to compare “vulnerable” patients, those in whom the disease progresses rapidly, with those who are more “resilient”. The imaging analysis will benefit from the use of a hybrid machine, a PET MRI funded by the FRA, which simultaneously obtains functional magnetic resonance imaging data and isotopic marker data on a positron cam. For this study, the researchers will use a marker for the deposits of tau protein, one of the characteristic abnormalities of AD. The localization of these deposits will be confronted with the analysis of intracerebral functional connections and their interaction at the level of “hubs” of neural networks, that is to say at the level of “leader” regions of the brain.